Proofs Without Witnesses: Zero Knowledge Proofs at noon on Thursday 9/6 in Olin 268 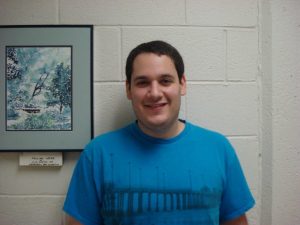 Abstract:  Peggy wants to convince Victor that she possesses a secret. Victor doesn’t believe that Peggy is telling the truth while Peggy doesn’t trust Victor enough to show him the secret. Zero knowledge proofs provide a method by which Peggy can convince Victor that she has the secret without giving Victor any information about the secret itself. In this talk we’ll construct and analyze several zero knowledge proofs, and discuss how they can be used in a wide array of areas including computer security and nuclear disarmament.

Posted by Nathan Ryan on September 5, 2018
Comments Off on Proofs Without Witnesses: Zero Knowledge Proofs at noon on Thursday 9/6 in Olin 268