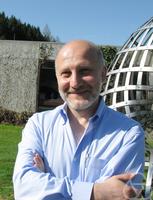 Title:  Proofs (not) from the Book

Abstract:  The eminent mathematician of the 20th century, Paul Erdos, often mention “The Book” in which God keeps the most elegant proof of every mathematical theorem. So, attending a mathematical talk, he would say: “This is a proof from The Book”, or “This is a correct proof, but not from The Book”. M. Aigner and G. Ziegler authored the highly successful “Proofs from THE BOOK” (translated into 13 languages). In this talk, I shall present several proofs that are not included in the Aigner-Ziegler book but that, in my opinion, could belong to “The Book”